Marina has been involved in many charitable events worldwide and has worked with several organizations and did fundraising for causes she is passionate about. If you would like to invite Marina to perform or speak at your event, please contact us.

MAKE A DIFFERENCE
All notes by Marina

When I was growing up in the Soviet Union, people really didn't have a choice in almost anything - the dictatorship-style regime was very strict.
Perhaps that extreme background made me realize to never take the freedoms I have now for granted.

I believe that one person can make a difference to make our world a better place.
And together, we can make a big difference.
To quote John Lennon, "you may say I'm a dreamer, but I'm not the only one" :)

On this page I wrote about my passions besides music.
Thank you for taking the time to read this! Hugs, Marina :)

"You're just what the FLEX* program hoped someone would become!
We wanted people to come to the United States, understand it ... and build a bridge between both of the countries [U.S. & Russia] and you clearly, with fans on both sides, have done that!"
~ Senator Bill Bradley, host of the XM Sirius Program "American Voices", co-sponsor of FLEX, US Presidential Candidate
* FLEX (Future Leaders Exchange Program) is the scholarship program through which Marina came to the USA as a teenager.

"..your music, your amazing vocal abilities and the beautifully written lyrics ... carry your message to the world. You are the embodiment of how America is enriched by artists from around the world. At this moment, each of us must shine our light to illumine a path toward peace and human unity. Thank you for what you do to make this a more gentle, more hopeful world."
~ Dennis Kucinich (U.S. Representative, candidate for the Democratic nomination for President of the United States)

When I was 15 years old, I won an incredible scholarship that changed my life.
The goal of this program was for a foreign student to come to a small town in USA and help promote cross-cultural understanding between our countries.

That year in America made me realize that one person, just a normal teenager like myself, can actually make a big difference. For many people in that town I was the first Russian they'd ever seen, and I was representing not only myself, but my whole country and even Europe.

It was surely fun breaking post-Cold War-era stereotypes: some people were expecting a Soviet-style 6'5" burly creature with mustache when they thought of a Russian female, but with my height of 5'6" and the absence of mustache I was a living proof that Russian teenagers weren't all that different from their American counterparts after all.

I showed pictures of Moscow and told everyone about the beauty of Russia and its people (it's funny that even now on the news they only seem to show the negative stuff). But most importantly, my mere presence in the school promoted cultural tolerance and provided a friendly face to put on a big former enemy called Russia.

These days I get to show Russia through music - it's really fun for me to sing in Russian for audiences that have never heard anything sung in Russian before. On my album MY STAR I recorded a Russian traditional song, Tonkaya Ryabina, one of my very favorite ones. At live shows, I often tell the story about this 200 year old song that captured my heart when I was a kid.

It's funny - now when I tour internationally, and especially when I return to Russia, I am now representing America as well!

I love being this Cultural Ambassador - I get to promote peace and cultural understanding through music.

Music touches our souls in ways that transcend linguistic and cultural boundaries.

I think that finding our common ground as humans helps create more tolerance and love in this world.
And I am really proud to be able to contribute in some way.

I LOVE THE ENVIRONMENT & RECYCLING

Although I'm a city girl, I spent my summers outside of Moscow in a small hut my father built near a forest, with no running water, no plumbing and often without any electricity.
There is nothing like being close to nature: breathing fresh air, running through a forest, swimming in a beautiful lake and drinking clean water from a well.

That's why it simply breaks my heart to see pollution and waste of natural resources. I am a minimalist by nature, but these days we have a lot more than we actually need, and so many things are manufactured only to be thrown away after one time use.

I am absolutely freaked out about all of the trash and the ever-growing landfills. Think of all the fast food cups, straws, napkins, grocery bags. product packaging and other disposable things that accumulate in millions every day in our trash bins. Americans alone throw away 25 BILLION disposable cups each year,  and 500 billion plastic bags are thrown out worldwide each year - it's crazy!!

I am also very concerned about the effect this pollution has on our health. I live in L.A. and the smog is certainly no fun. Also, the majority of food that is sold to us is just unacceptable - with all of the preservatives, artificial ingredients, chemicals, pesticides and fertilizers that are commonly used in making food (or hormone, steroid and antibiotic use in growing cattle/poultry).

And more than ever, the highest numbers of children (and adults) suffer from asthma, obesity & other food and pollution-related illnesses.

I am obsessed with recycling and I try living a life with least possible impact on our planet. I am also a huge fan of hybrid cars (I love myToyota Prius and I hope that I'll get the plug-in hybrid before too long!!!.)

I put a little list of pro-environment super easy things we can do. I like lists, haha.

Even though it might be a small thing we can do each day, it's better than nothing at all.
And every little bit counts, right? :)

WE HAVE TO BEAT CANCER

Almost every family has been affected by cancer in some way, and mine is no exception.

My aunt Elena died of breast cancer at fifty just a few years ago. My grandmother died in her early sixties from ovarian cancer that went undetected until it was too late.

With research money and raising the awareness for early detection, we can prevent a lot of senseless suffering.

I have performed at many American Cancer Society events and I love the work they do.
Another cool company is Amped 4 a Cure, whose motto is "Supporting Cancer Research Through Music".

I was bullied as a kid in school, and I am proud to support PACER.org, a great organization that helps kids deal with bullying.
See Marina's page here and read her story: http://www.pacer.org/bullying/resources/toolkits/student/marinav.asp

Anyway. Thank you for being on this page.
You just made me very happy :) 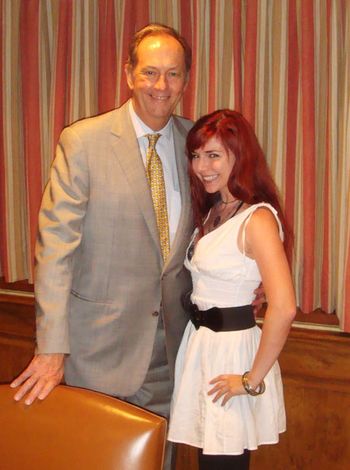 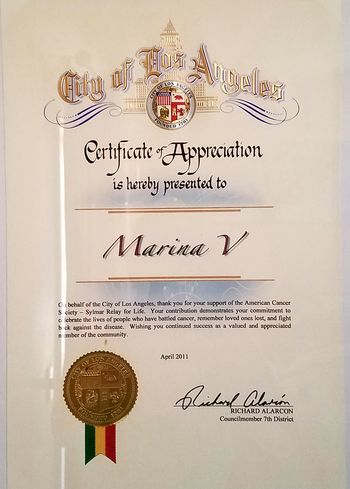 Proud of my Certificate. It hangs right above my desk at home. 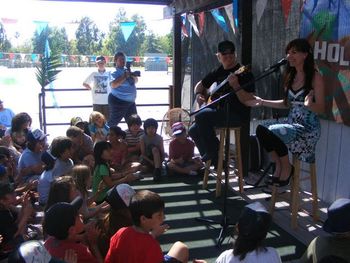