Marina V is an award-winning Russian-American recording pop artist, singer/pianist/songwriter with a "hauntingly beautiful" voice (LA TIMES) and "melodic and passionate" music (The Washington Post). A self-described "musical lovechild of The Beatles, Tori Amos and Tchaikovsky", Marina grew up in Moscow and has been singing and writing songs since a very young age.

Raised by a nuclear physicist father & a psychologist mother during the difficult times of the Soviet Union collapse, Marina attended a school of music every evening after regular school.

After being rewarded a prestigious scholarship, Marina came to America at the age of 15, by herself. It wasn’t easy, and somewhere between visa issues, crazy odd jobs, missing her family, playing ice hockey and attending a university in Illinois, she worked hard and has since blossomed into an international voice. She self-released 12 albums and, together with her husband/co-writer, Nick Baker, has played over 1,300 shows worldwide.

Marina has collaborated with GRAMMY & EMMY winners, platinum-selling artists and legends like Jack Douglas (John Lennon, Aerosmith), received many awards (such as The Los Angeles Music Critic Award, a Hollywood International Entertainment Award and an award from Sir Bob Geldof) and has been praised for her work as a cultural ambassador by Senator Bill Bradley.

She has written multiple songs for films and ads such as PEPSI, has had her songs on NBC, CBS, SONY, Oprah Winfrey Network, Lifetime and The National Geographic, among many others. She's co-written several songs for NBC's Days of Our Lives and even appeared singing on screen.

Marina has been a GRAMMY voting member for over a decade, and in 2018 she's helped open the first-ever GRAMMY Museum exhibit in Moscow, Russia, at the Kremlin.

Marina's songs have timeless quality that transcends boundaries and touches fans from all walks of life. From the very beginning of her career she's maintained a close relationship with fans, who have played an instrumental part in her success, sponsoring the creation of every one of her albums and tours.

Marina's perseverance, early adoption of crowd-funding techniques and success as an innovative independent artist has earned her many commendations and invitations to speak at the Musicians Institute, The GRAMMY Museum, PODFEST Asia and various music industry classes and conferences.

She was among the first artists on Patreon (launching her 2 Songs A Month Club in 2014) and Twitch.tv (starting her online concert series a year before livestreaming became widely accepted). Additionally, Marina was one of the first performers to embrace house concerts as a lucrative touring option, adding private dinner/concerts at her own house for her biggest fans.

In 2019 Marina & her husband/guitarist/co-writer, Nick Baker, welcomed their first child.

Join Marina's 2 SONGS A MONTH CLUB and catch her performing online on twitch.tv/MarinaVmusic. 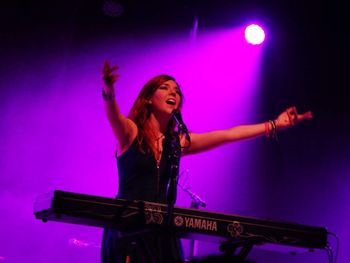 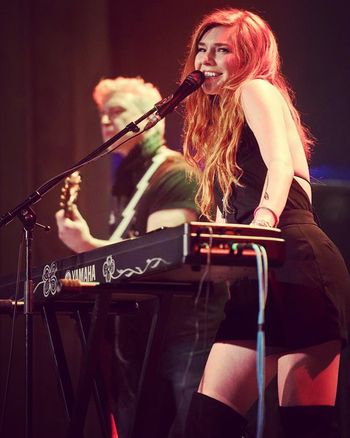 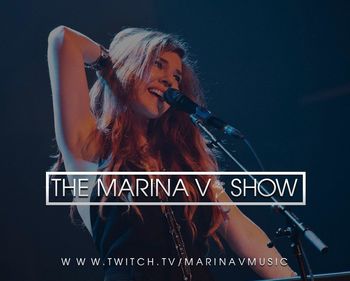 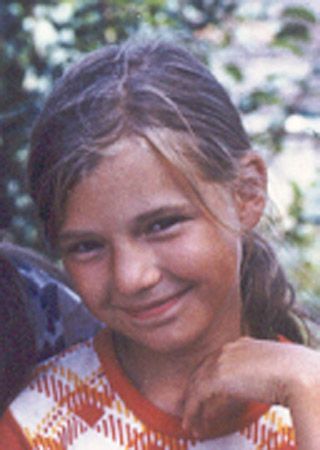 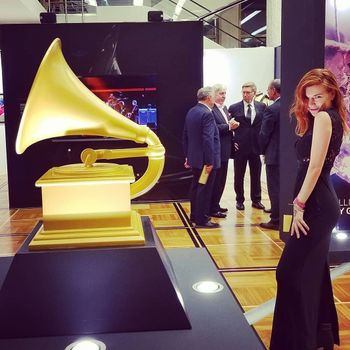 Dec 2017 Moscow, Russia, at the opening of the first ever GRAMMY Museum Exhibit in Russia - at the KREMLIN 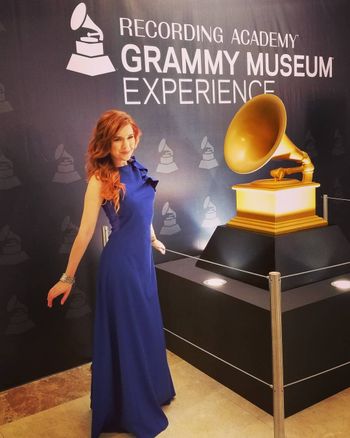 Dec 2017 Moscow, Russia, at the opening of the first ever GRAMMY Museum Exhibit in Russia 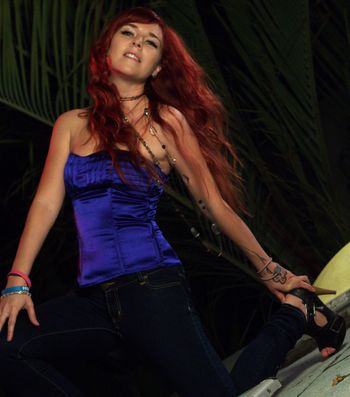 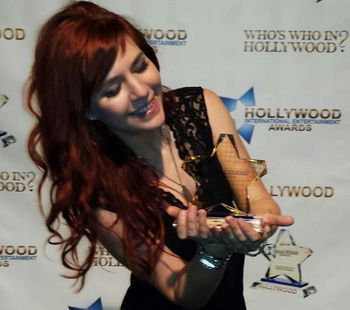 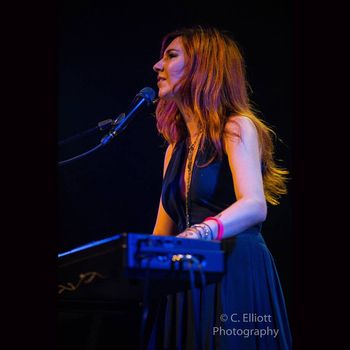 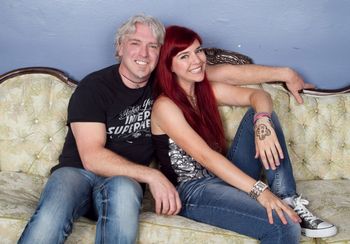 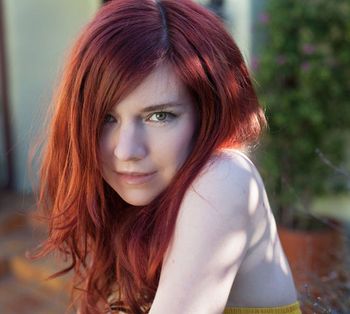 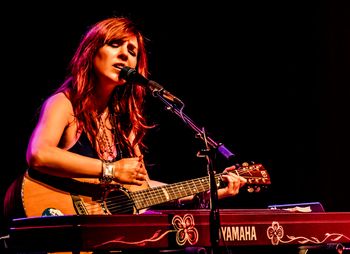 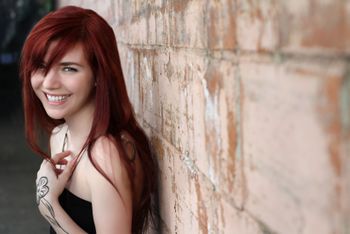 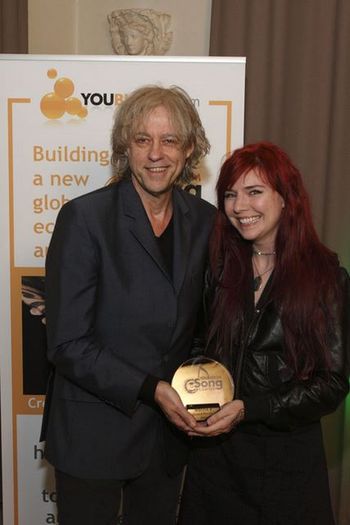 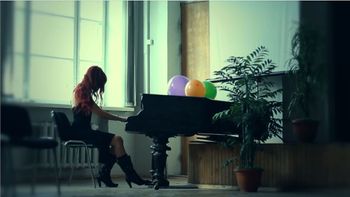 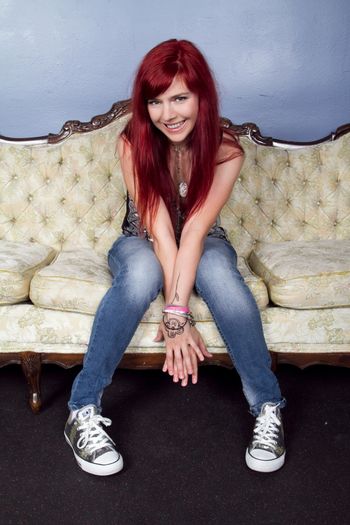 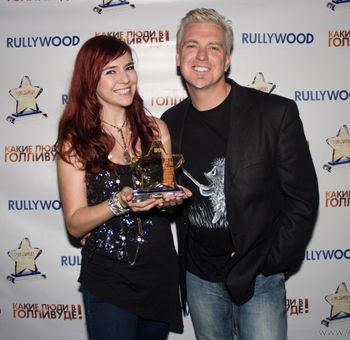 Marina & Nick with their Rullywood Award 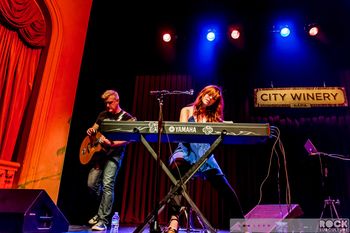 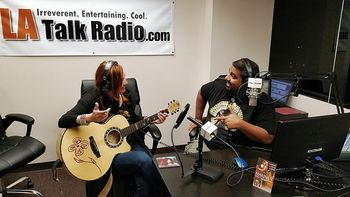 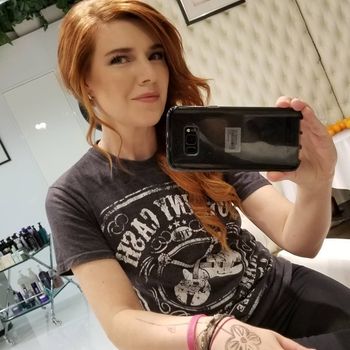 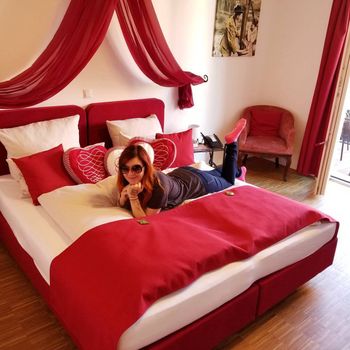 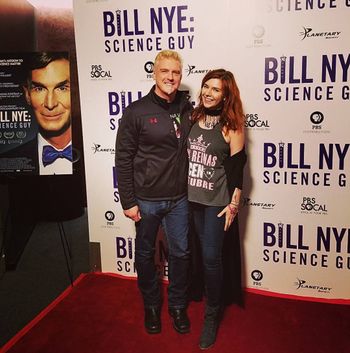 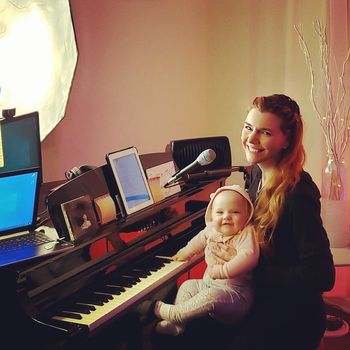 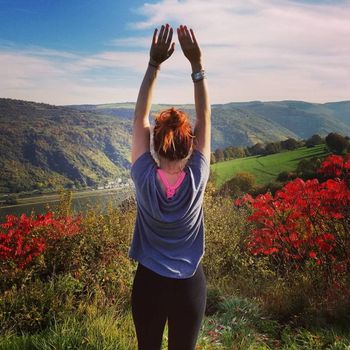 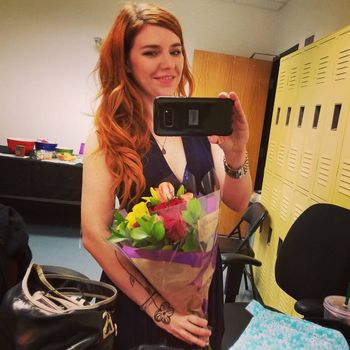 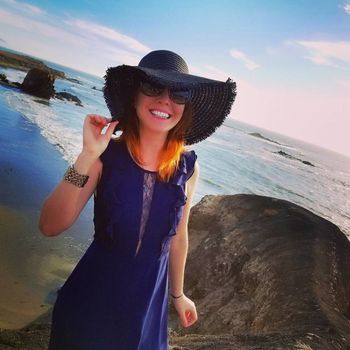 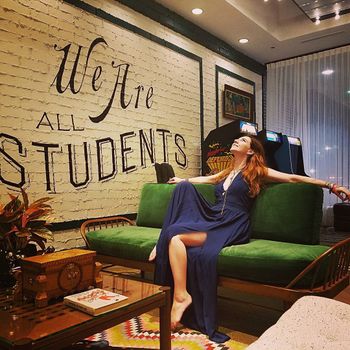 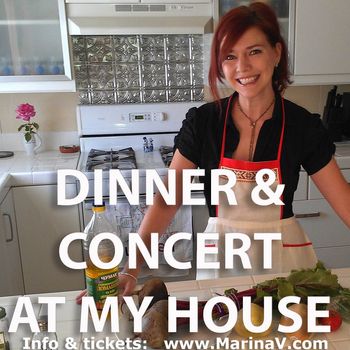 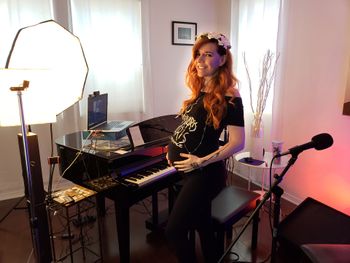 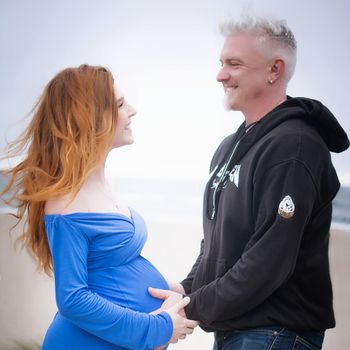